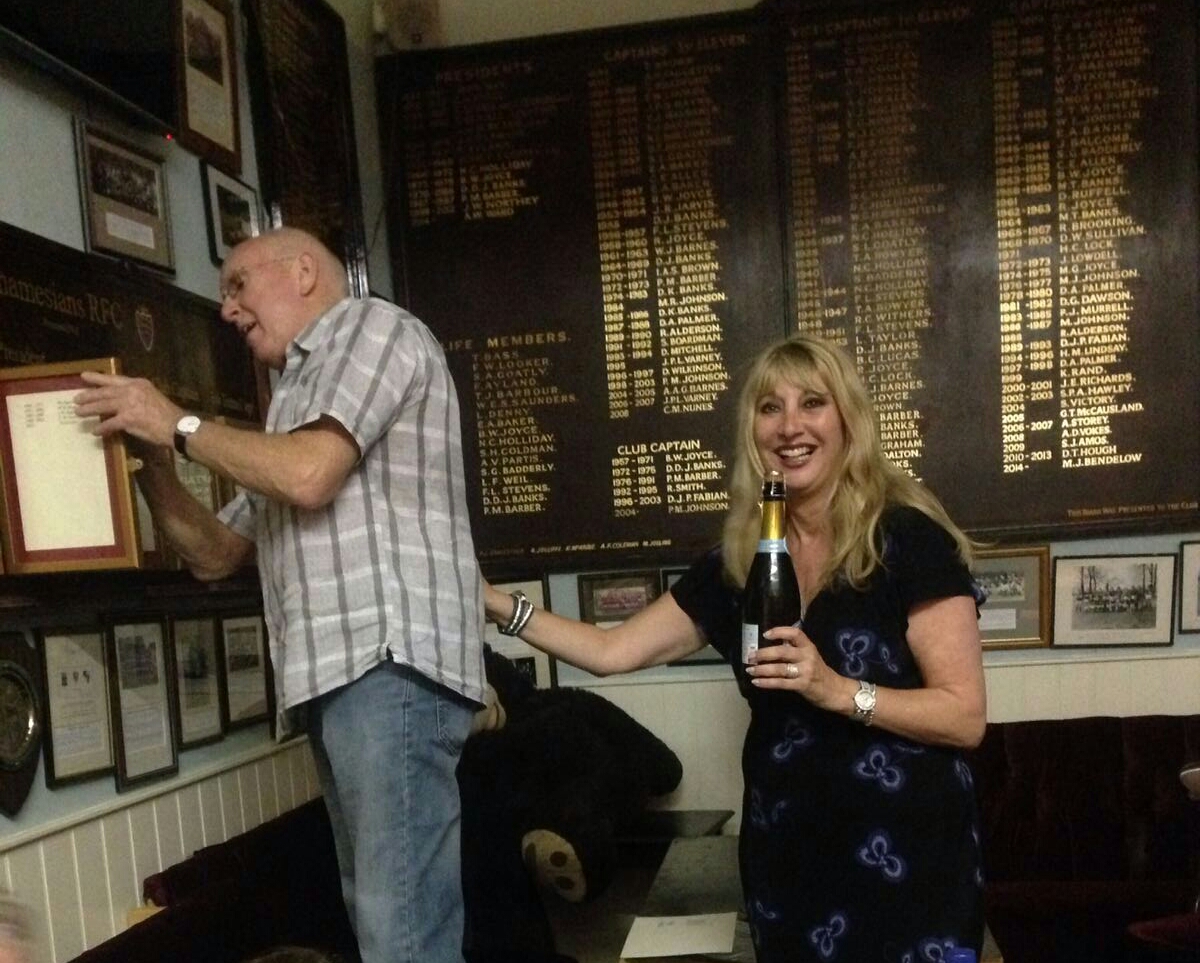 Sandra Redmond has been elected as Honorary President

Thamesians or Old Thamesians as we were then known gained recognition in the 70s for the fact that they were the only rugby club in the county with a lady Hon. Sec. - Gillian Twydell. A move that made the newspapers for all the right reasons.

With that in mind , it gives me great pleasure to announce that Sandra Redmond has been elected as Honorary President of the club. Sandra has been the heartbeat of the club for many years and has driven the club on in good times and bad and always with a huge smile on her face.

Sandra takes over from Dave Gridley who was a fantastic President and is still a fabulous ambasssdor of the club and a thorough gentleman.

It was a very poignant moment for the club for Dave to pass down the torch to Sandra with open arms and a glass of bubbly. See pic above.

We are delighted to have Sandra as the clubs first ever female President of the club in its 54th year and we wish her the very best in the role.

Kind Regards,
Rory O Reilly on behalf on the committee