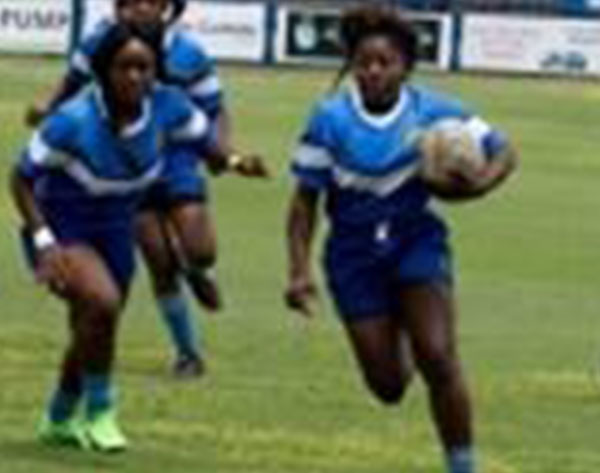 Off to Zambia – more than just a rugby tour

Thamesians Ladies have beaten off strong competition to be selected to enter the Mufulira Sevens in August 2020. A massive thanks is due to a group of businesspeople who have made this possible through generous sponsorship, and in particular Anthony Lipmann and Wendy Silver for their part in bringing this all to fruition.

T’s beat off competition from a host of larger clubs but having reached the final two for selection, the organising team could not split the presentations from T’s and Yeovil Rugby Club – so both teams are going!

The club will be ambassadors for the sport of rugby, and will allow the Mufulira Leopardesses to experience the challenge of competing against an overseas team. As well as creating and fostering rugby links with Mufulira the tour is also aiming to encourage women’s belief in themselves through sport. The team will be not just experiencing the warmth and wealth of Zambian culture, but reaching out to local schools and sharing knowledge and experience with school children and coaches.

A statement from Yvonne Mambo, the Zambian Manager of the Leopardesses reads –

‘Since 2016 women’s rugby has grown in profile in Mufulira and due to our successes, we are gradually altering the view that rugby is primarily a sport for men. By travelling to plat teams outside Zambia, the ladies’ skills and motivation have developed greatly. Having an international women’s team visiting Mifulira will not only be good for the country and club but will benefit the ladies at an individual level. This will motivate them as a team and give them a sense of belonging. Seeing successful players from England will make them realise that they can make it in life too and the concept that have here, that sport is a waste of time, will change’

This is a giant step for the Ladies team but they have ten months to prepare and improve. That said Thamesians Ladies currently top their league with three wins out of three, scoring a hat full of points along the way, plus achieving a win in the cup win against Battersea Ironside.

As a footnote two of the organising committee (Angus Stewart and Nick French) apparently played at Quins with former Thamesians – Adrian Alexander, and Graham Birkett and against Bob Mordell (Wasps and Roslyn Park), To put this in context for the new generation of Thamesians - Adrian, Bob and Graham were arguably the best players to have ever played for the club. Bob and Graham were capped for England and Scotland, and Adrian captained Quins, toured with Barbarians, and got in to the last forty for the British Lions selection. Helps to have connections.