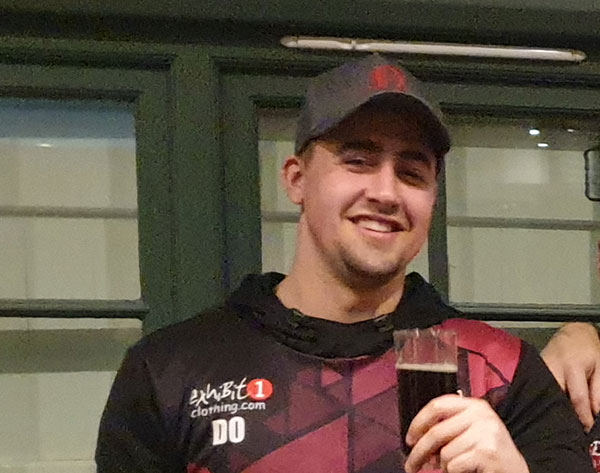 I would just like to start by saying a massive thank you to all those involved in club that have helped the playing side through this season, from Chocs for organising all our fixtures and ensuring we have a ref to our very own Hobbit chairman JD for enabling us to play at our new home ground Waldegrave.

To the players; you are the biggest pain in my backside from the beginning of the season right until the end, but I wouldn’t have it any other way. It has been a pleasure to play and train with all of you lads throughout this season and I hope we can all keep in contact over the summer sharing our DOD moments over a beer, we have one hell of a pre-season coming up…. You have all been warned ;).

I think we can all agree it has been a rollercoaster of a season, for the 1s entering into Herts Mid 1 we always knew it wasn’t going to be easy and we quickly had to get to grips with being on the back foot. That being said we have had some outstanding wins, beating 3rd place St Albans twice always made the beer taste that little bit better! For those Spartans players that stepped up and made their debuts for the 1s or filled in last minute we cannot thank you enough. I hope to see more faces pushing for those spots next season!

Now none of these wins and debuts would have been possible without some key people from right at the beginning in pre-season, until the last weekend. To all the coaches that helped us, Billy and Buddha for beasting us in pre-season and Ross and Ben who have joined at the 2nd half of season to see us out. I speak on behalf of all of the players in saying, thank you for all your time and effort.  To the wives, girlfriends, partners and parents for some (Harvey), thank you for putting up with our constant moaning of ouchies, the smelly rugby kit that always finds itself dumped in the hallway, and of course the black rubber that we bring in after every training session. Without your “permission to play” I am sure we would have half the players we do now.

Last but not least, we say goodbye to quite possibly the rudest and sarcastic barman/player I have ever met. From all of Thamesians we wish George Flatman the best of luck in his new ventures, he will be remembered for his notorious abuse at training and the “ WHAZ” he brought on the pitch.

I hope you all have a great summer off and look forward to seeing you all for a beer. OH ….AND TOUR!!