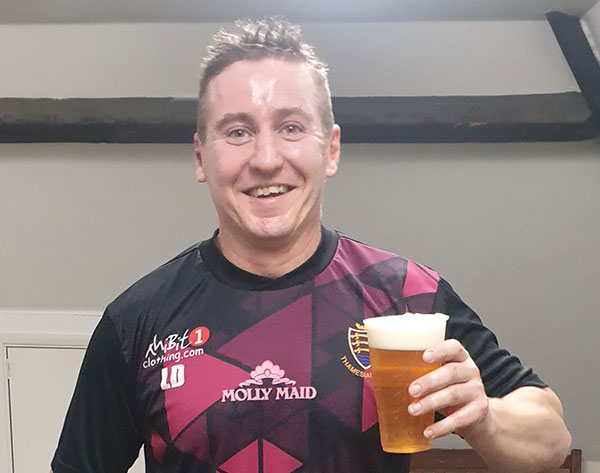 So another season ends and what a season it’s been!

I won’t even bore you with a whimpering that I am retiring as I have realised mine is a life sentence of playing rugby! Plus Dean won’t let me especially now that I have had to buy new boots with only one game left in the season!

And to be honest I couldn’t think of a better bunch of lads I could spend 9 months of winter with! Well you all could learn how to press one button and update Teamer

Now to the important part of my message!

I would like to thank all the players who have contributed on and off the field to making it a great season. A huge thanks to the coaching team for the endless hours given up during the week and all day Saturday. Billy and his team of fairies who filled water bottles, Buddha who showed his nastier side in pre season conditioning, Chocs the organ grinder behind the scenes and pitch side, Ross our fairly new angry forwards coach, he was angry simply due to having backs on the field and most recently Ben who taught us even forwards can be skilful, have a game plan and run lines! Who needs backs now!

The committee for supporting the playing side on and off the field.
Of course not lastly a massive thank you to the spectators and all who have supported the teams during the season it has been truly appreciated and goes a long way in achieving results. It went a long way last weekend in the game against Bank to have so many supporters side line. We look forward to your support next season!

Before we get to next season and pre season training there is of course the Lisbon Tour to enjoy for those going it will be a tour of all tours and one to enjoy. On this note special thanks to Dean and Rory for organising and to anyone else who has supported in making tour a possibility!