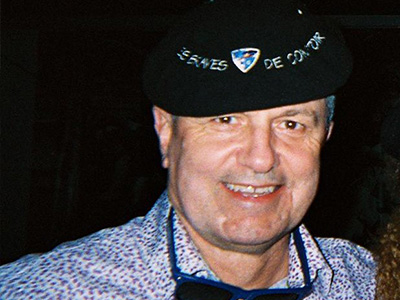 I hope you are all keeping well! As we are not having a sit-down EGM here is my report for the season.

Firstly, a massive thanks to everyone who contributed to another successful year for the club on and off the field – coaches, captains and committee members and everyone else who has chipped in. Due to Covid19 everything came to a rather sudden end but there are lots of positives to reflect upon.

Our most successful team was the Ladies XV who finished second in their league (NC2) in their first season of competitive rugby. A pinnacle for the season was surely the tour to Paris – albeit the side were well beaten by a more experienced French team – the Rugbykinis of Suresnes. At home Emelia Arbouine both captained the team and scored a hat full of tries along the way, but the team’s success was a real squad effort. Other highlights included Emelia being called up for the Jamaican Olympic training squad; Laura Miller taking an award-winning photo of fellow player Orla caked in mud after a tough encounter with Hampstead ladies; and Charlie Hayter (the England sevens coach) taking a guest training session. A big thanks to the coaching team of Nigel, Duncan and Kieran for all of their support. The season should have ended in Africa with a sevens tournament in Zambia but this has been postponed 12 months due to the pandemic. This will be an even sweeter trip given what the world has been going through, and hopefully will come at the end of a promotion season. The extremely generous sponsors of this tour have all left their contributions in the Thamesians bank account to ensure that this trip comes to fruition in 2021.

The first XV did not chalk up as many wins as the ladies but they consolidated their position in Herts/Middlesex 1. When everyone was fit and available the team looked very good but greater strength in depth will be needed to move in to the upper half of the league and consistently challenge the teams at the top. Ben Pegna had arrived as Head Coach at the very end of the previous season just in time to galvanise the side to stay up. Thus 2019/20 was his first full year and his influence was clear. As the players will all testify Ben went massively beyond his job brief as coach so a big pat on the back for him. Helping Ben after Christmas both on and off the pitch was Ollie Smith ex- England and British Lions. A big thanks too to Lance Davis (club captain) and Chocs (team manager) for all their support work behind the scenes. A mention too for Mike Jury and Mark Slater who continued to merit selection in their forties and shared the leadership role within the group.

The seconds at times flirted with a play-off place in division 3 of the Merit Table, before eventually finishing fifth. Squad numbers were not an issue, but the team sheet fluctuated so familiarity with each other was an obstacle on the pitch. Despite this the team played at a good level and with more commitment to training and to fitness they can be challenging to win this league next year. Thanks to Matt Bond and Louis Trumble who shared the captaincy and did the back of house work in getting a side out each week.
Off the pitch the club bedded in for a second season at Waldegrave School. The pavilion was further upgraded with the refurbishment of the kitchen.
The Golden Oldies travelled in large numbers to Paris and even had guest beers named after them for their Friday evening get togethers (Tuckers Tipple was generally preferred to Alfies XV!).

An EGM was held to discuss the possibility of a move to Udney Gardens which potentially provide the club with a permanent home with a single location for playing, training, and socialising. This received overwhelming support, but it remains to be seen if this becomes a viable option in the year ahead.

The year was a financial challenge as there were no autumn internationals due to the Rugby World Cup. Then came horrendous weather in January and February with games cancelled due to unplayable pitches, followed by the season ending early due to lockdown. The continued support of members via subscriptions is therefore vital. The sponsors who have stuck with us continue to be crucial as playing the game is extremely expensive and would be impossible without their support - so thanks to them too – the M Bar, ABC Surveyors, Gloster, and J P Dunn Construction Ltd. In the year ahead the financial pressures will be more acute if the Autumn games do not go ahead for a second year, and maybe even the 6 Nations are held behind closed doors.

The shape of the game in 2020/21 is an unknown but I would ask everyone to help in their own way by ensuring you renew your subscription for next season. Click Here For Membership Options. £50pa for social subs is £1pwk and this may seem small but every little helps. I know some people struggle with Go-Cardless but if you prefer to pay via a direct debit please contact our membership secretary at the following address membership@thamesians.co.uk

I must also say a big thanks to all of the committee but in particular to the hard work put in by Stuart Egerton who put so much effort in to organising playing subscriptions, formalising sponsorship agreements, and organising kit deals. I must also mention Grant Kunneke for his huge efforts on the Udney proposal.

As the country emerges from Covid19 there will be an even greater need for physical activity and mental health and Thamesians will be making sure we play our part in this.