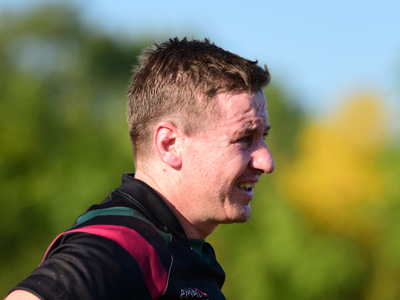 The season 19/20 started with several new elements apart from the obvious of being a new season.

The men’s squad had a new head coach, more on that in a bit, and the new Ladies team were in their first season in a league and a new head coach, Nigel Botherway who is certainly not new to the club, as well. The Vets team well they were the same OLD as always except their issue was no oppo wanted to play against them. Guess when you are champions oppo can be scared away haha

Onto the season itself it was filled with the theme of ‘new’ – the head coach Ben Pegna, club manager, the training regime, the game plan, new players and new positions for some. And then from nowhere the season was ended short by a new pandemic that caused all sport at all levels to be called off. Even drinking sociably was called off to highlight just how serious the new pandemic was.

On a serious note though hopefully this finds all players, coaches and members doing as well as can be and that the pandemic has not effected too many too seriously health, physically or mentally. Remember as a club we are there to support on and off the field and anyone who may need to talk to someone please reach out. We are all one club and there for all.

Ben’s structure and game plan was to introduce a new fresh approach that saw a blend of not only rugby focussed on although a very strong squad and club mindset. The underlying here was respect as well as pride in playing for the badge. The lads adapted to tis well and the performances showed this both on and off the field. The results not always going our way although a strong self-belief and never give up mentality grew. Even when up against what were deemed bigger and stronger oppo both teams fought form the first to the last minute.

This will be the foundations for the new season ahead, whenever it may start, and we can only grow from here and look forward to some great performances and improved results.

Onto some all-important thank you messages –

Members and Supporters – words cannot thank you all enough as you are all key in us being able to and proudly pulling on the shirt and badge and playing the game we all love.

We started the season strong with a win away at Mill Hill. From there due to injury and availability we struggled a bit against some strong opposition but never felt we were completely outplayed, (apart from London Scottish... Twice...) stand out performance was against Vermulians, 68-0 in front of a big home crowd was the most satisfying game 💪🏻 standout players- Linda, c-mike and piggy, three middle aged flankers playing a season in the front row, was great to see them stepping up. Hopefully next season won't be cut short and we  can continue to build as we have done this season, love to all the Ts boys

After a strong start to the season with back to back wins against Hanwell and Ickenham the squad was unsettled slightly due to a blight of injuries across both teams resulting in make shift squads going away to key rivals Hammersmith and Whitton Lions. After a turbulent December and January months the Spartans went on a roll of 3 straight wins with some hearted performances winning twice during the last play of the game, epitomising the character that the squad had developed over the course of the season. It had to take a global pandemic in the end to stop the Spartans from clinching their fated playoff spot, with only 1 win needed from their postponed fixtures to clinch 3rd spot. A big thank you to everyone that was part of the team last season. Hopefully we go again soon.