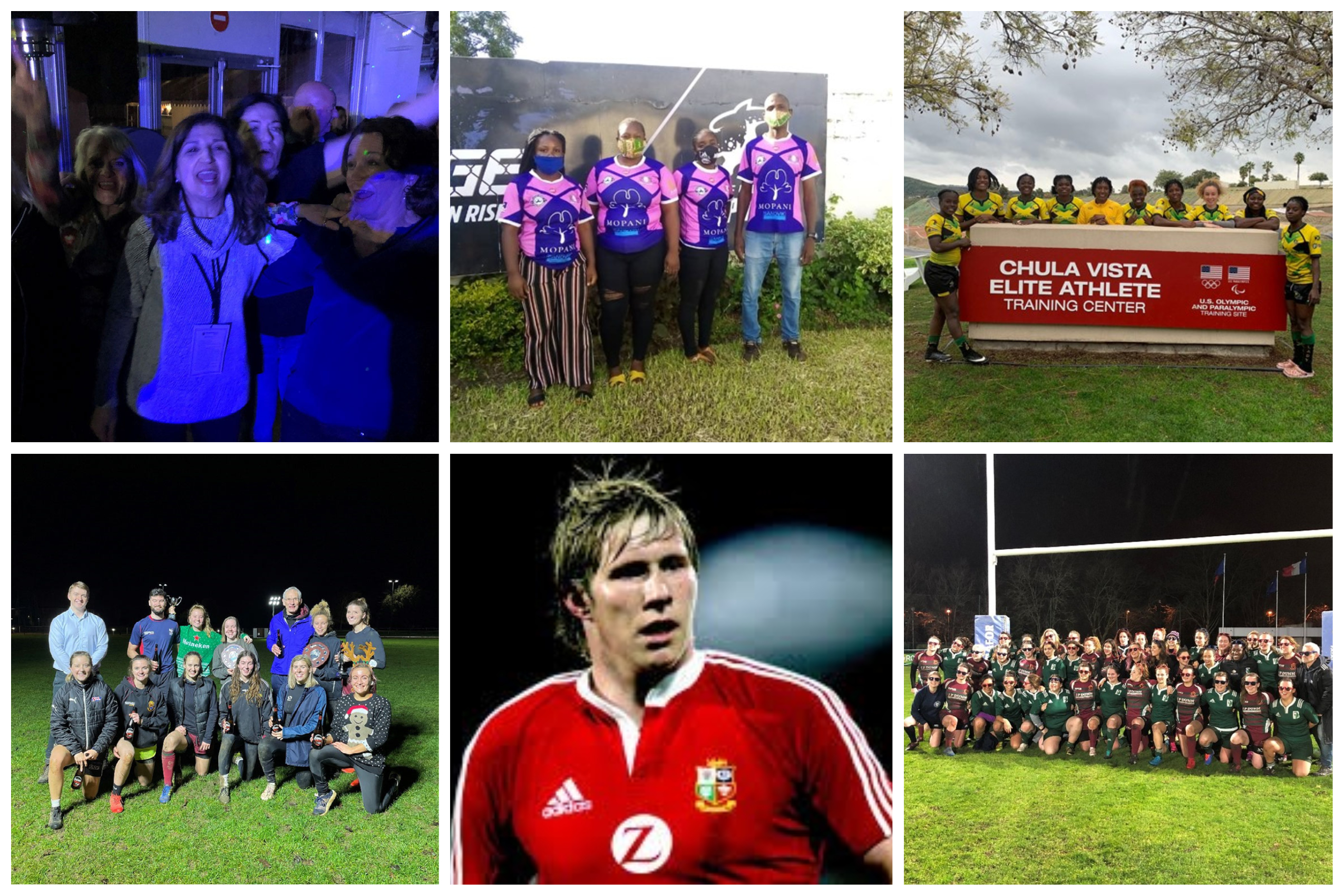 Only ten months ago!

About 40 of us were in Paris last February not just for France v England but also for the main event – Thamesians Ladies attempt to win Le Coq from our old rivals in Suresnes.

Some of the WAGs of various seasoned tourists are seen below – probably about the last time they had a good drink!! 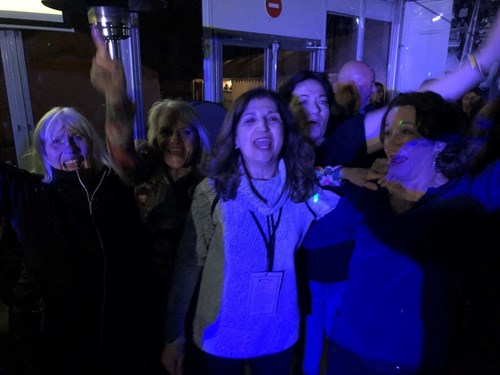 Fortunately, none of them were playing!!

On the field Thamesians lost Le Coq but will aim to reconvene with our French friends in happier times and bring the trophy back to Twickenham. 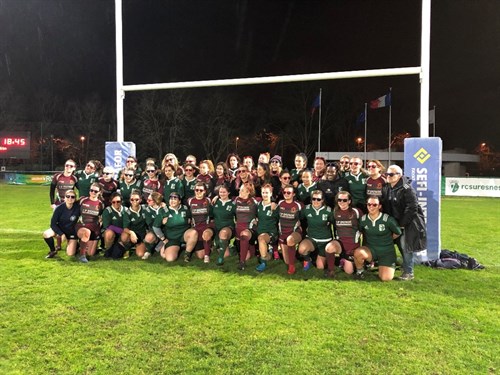 Not long after we returned the rugby season fizzled out as the country entered lockdown and there have been no competitive games ever since.

The pavilion remains closed for now. A big thanks to the cricket club for suggesting that our rent be waived for this year. IF there is any relaxation that allows some restricted use between now and the end of March then news will be posted on the website.

With a vaccine now being rolled out we can hopefully start to meet up again in the Spring. There will be a lot to argue about at the first Friday meeting but anyone who mentions Brexit can expect a large fine!!

The men’s and ladies’ teams will be hoping to enter some rugby sevens tournaments this summer – and maybe even host one!! Both sides have continued to train throughout the pandemic albeit on a stop/start basis.

More on the ladies below, but a first massive thanks to Ben Pegna for freely giving his time to keep the men’s training going with the help of Ollie Smith. Ollie may be returning north but it has been great to have the input of a former British Lion both on and off the pitch. 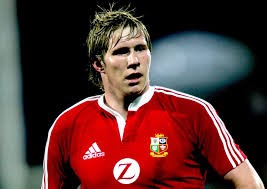 Thanks also to Mike Jury for keeping us all sane with Saturday morning boot camps.

A special mention too for former player, Andy Osborne. Covid has only exaggerated the inequalities in society and Andy has been at the forefront of a charity that has been connecting food waste and food poverty, by delivering food that would otherwise be thrown away to food banks throughout London. If you want to support Andy’s efforts, please follow the link: Surplus To Supper

Will Thamesians be represented at the Tokyo Olympics 2021?

Monaco has been selected as the host for the World Rugby Sevens Repechage – the final qualification event for the Tokyo 2020 Olympic Games.

With 21 of the 24 teams already qualified for the Olympic rugby sevens competition, the remaining two women's and one men’s spots are scheduled to be decided from June 19 to 20 next year at Stade Louis II.

And representing Thamesians will be Emelia Arbouine, our ladies captain who also plays for Jamaica!! Thamesians members kindly helped to pay for Emelia’s flights for the original trials in San Diego last year where she scored a try against the USA. 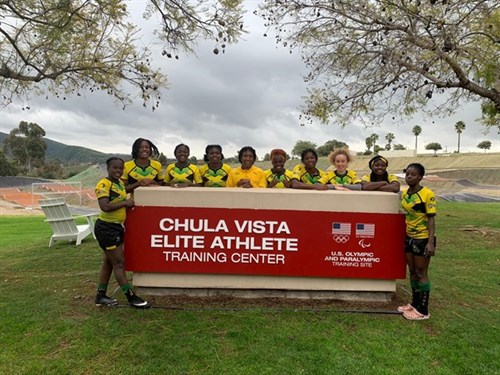 When you follow this link, you will see that it appears on the website created by another ladies’ player, Lara Miller – who provides positive news about ladies’ community rugby at a time when there has been a lot of negativity about the game

Last August our ladies’ team were due to play in an international sevens tournament in Zambia. This was to provide a rare opportunity for our Zambian hosts to play against a team from beyond sub-Saharan Africa, and at the same time our players were scheduled to undertake outreach in local hospitals and schools. Covid19 intervened and the tournament was postponed. 2021 will come too early but the target now is for the tournament to take place in 2022. The original tour sponsors have left their funds in place and I am sure the tournament will be even greater value after all the world has been through.

In the meantime, Thamesians Ladies are now proud to be twinned with the ladies’ team of Mufulira Rugby Club (The Leopardesses). Alongside training the Leopardesses have been making face masks and supplying these to the local community and to other rugby clubs. 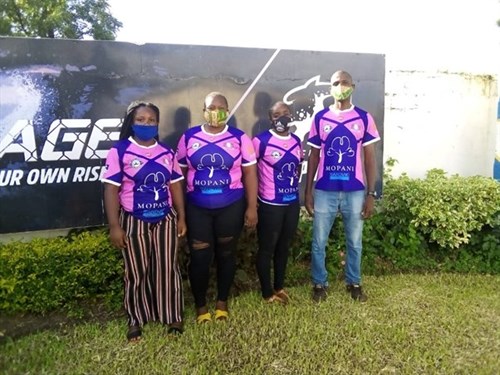 Despite all the restrictions the ladies’ group have continued to train at St Mary’s main campus on Wednesday evenings. A big thank you to Nigel, Duncan, and Kieran for continuing to turn up to coach the group. Attendance has been at about twenty per session and the girls even had a semi-contact game against Farnham just before the latest lockdown (there is a match report on the website).

The 19/20 players trophies were handed out at the end of their final training session. Well done to Emelia, Shannon, Lara and Tabby for their various awards. Everyone will look forward to a proper Thamesians award ceremony next time around. 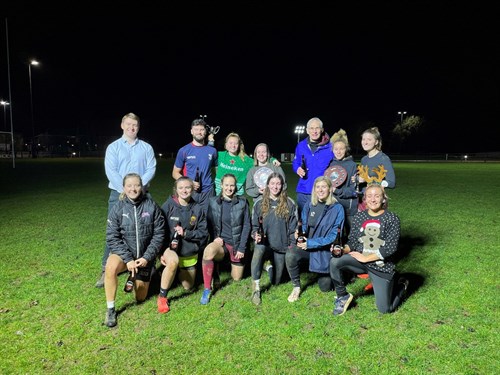 About a year ago the club explored the possibility of moving to Udney Park playing fields. This seemed like it might become a possibility when the fields were granted LGS status, and the plans to develop large parts of the site into luxury flats and a doctor’s surgery were rejected. Considerable efforts have been made in the interim to assemble a consortium of community clubs to purchase the fields, but all overtures to the owners of the land to purchase the site have been ignored. Maybe the developer will return to the planners and have another attempt at developing the site! For now, the club are channelling energy into other things!

With doors closing at Udney and Waldegrave School the club will be playing men’s and ladies’ fixtures at the main campus of St Mary’s University in future. This is within walking distance of the clubhouse on Twickenham Green. The girls already train at St Marys, whilst the boys continue to use the all-weather pitch at Whitton Fields.

For more information on the reasoning behind this move please read: Thamesians Move To St Marys University

Lastly, we would like to send our congratulations to Clare & Stuart who welcomed Theodore to the world this week. Anyone got any ideas on how they passed the time at the start of lockdown last year??? 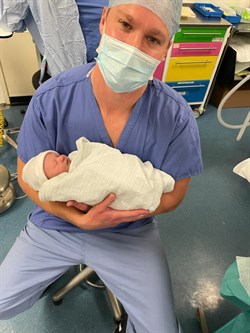