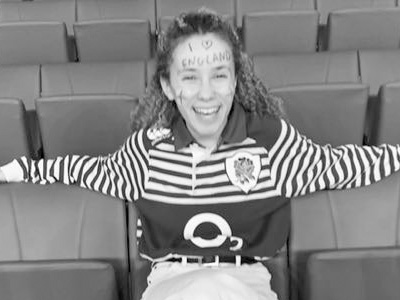 Thamesians Ladies team was only a dream in JDs mind two years ago, last year was our inaugural year we had minimal numbers and were struggling for players and coaches.

We played a few matches and showed promise, but everyone realised that there was a lot of work to do, we usually had to rely on borrowed players to field a team and many of our scrums were uncontested due to lack of knowledge and key positional players.

This year we started the season with 15 players with no subs and reflected whether joining the league at this stage was wise, but we won the first game against Hampstead 96-0 and this gave all involved with the squad a great lift.

We won a number of games and challenged for first position in the league.

Nigel remarked we were the smallest team in the league but we played like giants.

Our numbers have grown to over 20 and we've had fantastic turnout at training and matches.

We did more than hold our own against teams with huge packs, and we were able to contest scrums and even won a few!

Our lineout was outstanding, and we were brilliant at the breakdown, our attacking game really took off as the season progressed with a number of speedy players able to run in trys, whilst our newly formed defence was amazing, taking on bigger experienced players with no fear.

Shannon and Robbo were there on the touchline for just about every match and training session, rain or shine.

Another key ingredient to our success was that we welcomed lots of new players, we are a friendly bunch and we’re all proud to represent Thamesians and support each other.

We then visited our French rivals RC Suresnes, we lost the match but made some fantastic friends and we look forward to hosting next year when we will hopefully gain a victory!

The girls have played some exciting rugby this season and have established themselves as a powerful force in the league.
I have purposefully not mentioned individual squad names because this has been a TEAM effort and everyone’s hard work has contributed to help build up Thamesians Ladies into an outfit that can attack the league next season with the objective of winning it.

Once again, many thanks to Nigel for all his commitment and hard work coaching, joined by Duncan and Kieran they now make for a formidable management team.

Of course, a great thank you to our club chairman JD and ever-faithful supporters who travel to watch us, which can be a testing experience on occasion, but are always good humoured and are fully appreciated.