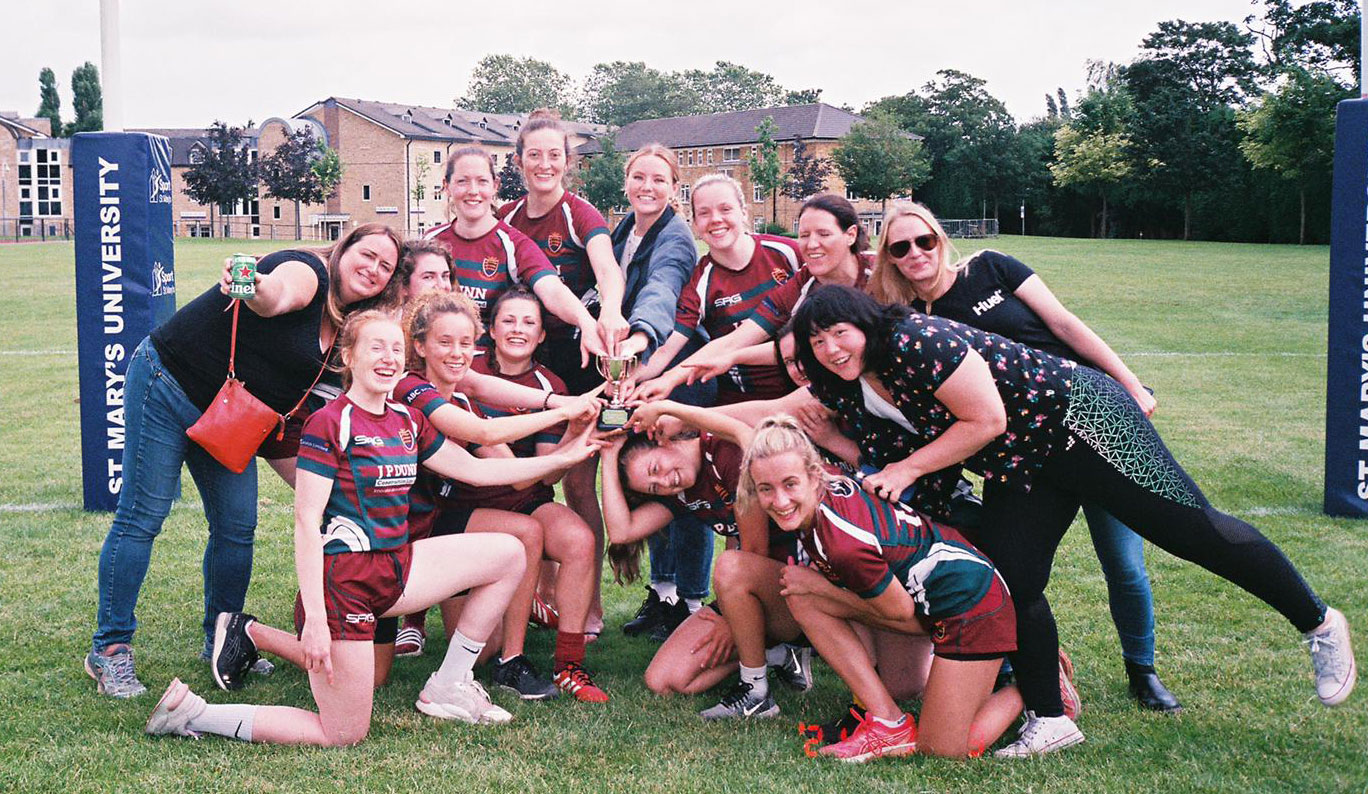 Thamesians Ladies team started out 7s season at Barnes in the hope to defend the trophy. We won all our group stage games and continued to the cup final to face Barnes. This started as a close game, but the score opened up and Barnes won back their trophy… Although not the result we wanted it was a great start to us being back on the field after various lockdowns. This was also 7s debuts for Lara, Healy, Orla and Emily Ward.

Farnham 10’s was our next competition. We started strong in our 2 pool games not conceding a try and scoring plenty ourselves. This meant were landed in the cup final again, this time against Southampton. A team we had never played before. The intensity increased massively from the previous games and each individual player gave it everything they had left in the tank right up to the final whistle to secure the win!!

Last weekend we hosted our first ever 7s event at St Marys. We kept this as a local event inviting down Teddington and London Welsh. The format was  a round robin and then repeat. We managed to go unbeaten in all four games and saw tries from Leti and Phoebe, both in their first ever games for T’s. Tabby also played outstandingly with some great running lines in attack, Robbins was also back on the field looking as sharp as ever. Was also great to have plenty of noise on the side-line from our reliable supporters.

So two trophies from three tournaments so far!!

We are also on a recruitment roll at the moment with new girls attending each week. For anyone who does want to join we train 6.45-8.30 Wednesdays @ St Marys