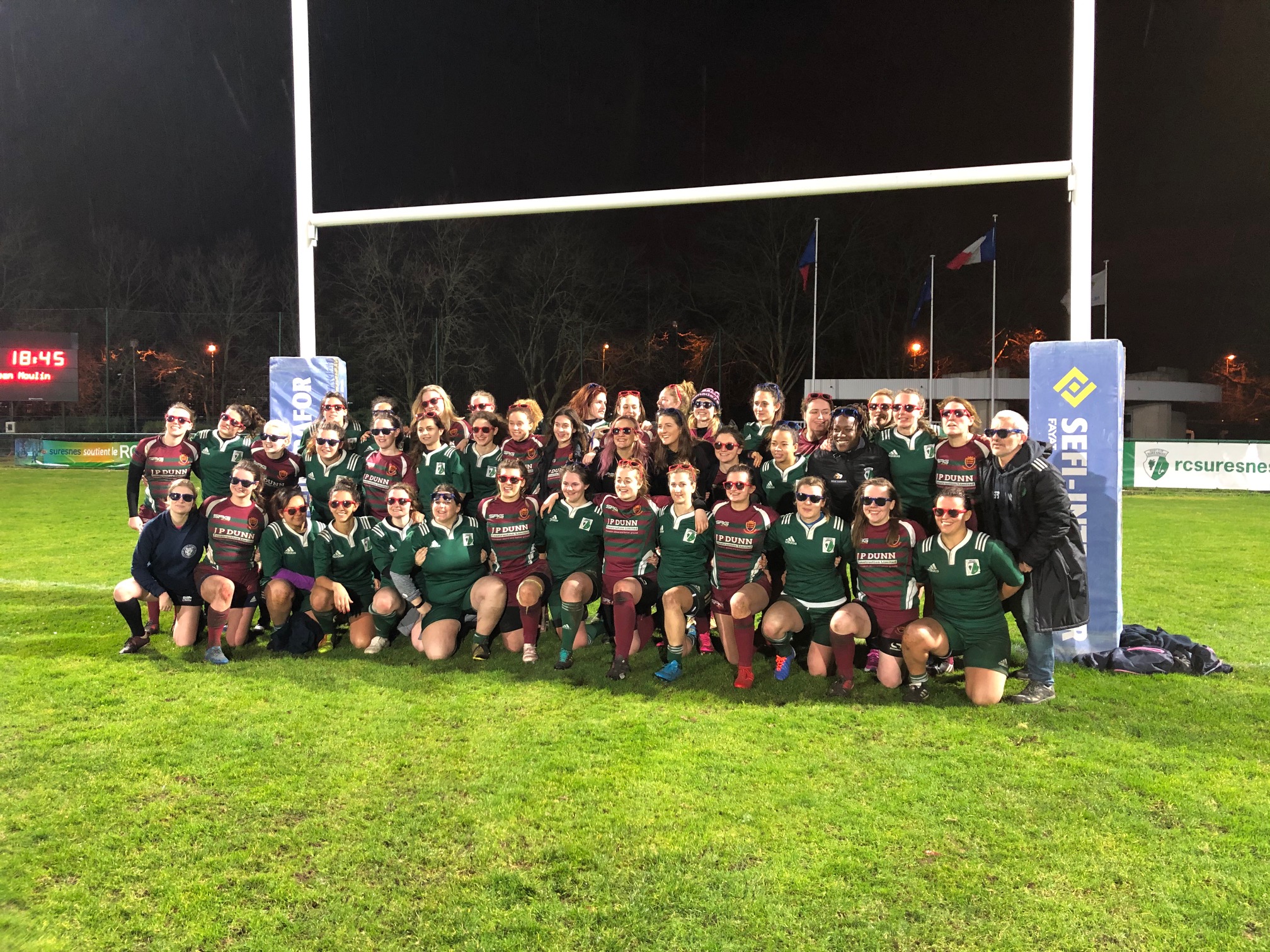 The Cockerel trophy may have remained in Paris but the 29th anniversary tour to Paris was an unqualified success. Thamesians Ladies XV lost to the Rugbykinis of Suresnes, but the underlying message was clear. Despite this being the first Anglo-French ladies fixture post Brexit nothing was going to disrupt the enduring bond of friendship between the two clubs from either side of the channel.

The match itself was played under floodlights with a traditional French band playing in the background and a substantial support from either side. Thamesians Ladies (in their first year playing competitive league rugby) competed from start to finish with heroic tackling from Sammy Watts, Amy Parker and Rosie Cairns in particular but in the end they couldn’t stop the more experienced Rugbykinis running in a succession of tries before a trademark consolation try from Thamesians captain, Emelia Arbouine.

With another season behind them, the 30th Anniversary game held next year in Twickenham will be one Thamesians will be targeting. The consensus among the travelling elder statesmen and women was that this was the best tour to Paris yet and the images below give just a flavour of how successful a weekend it really was. A massive thanks are due to our hosts. From the moment they welcomed T’s at Gard du Nord, they were hugely generous and kind. We look forward to returning their hospitality in 2021 (and finally winning the Cockerel!)

For a selection of photos check out the gallery: Le Coq 2020