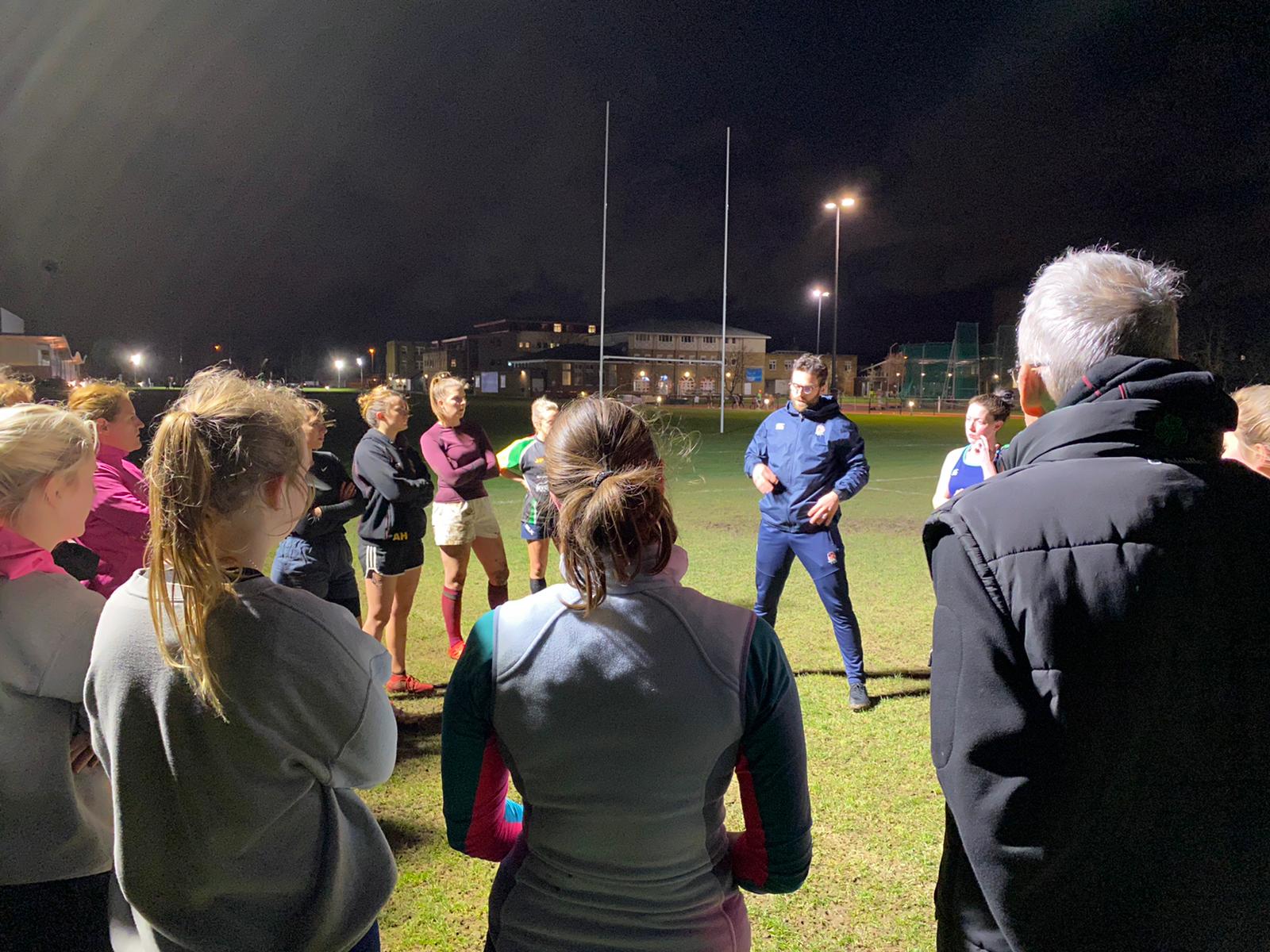 Emelia made it to San Diego for the Olympic trials and played for Jamaica in warm up friendlies against USA and Mexico. Jamaica won against Mexico but lost to the USA BUT Emelia was their only try scorer in the game. Thanks to everyone who helped crowd fund for her flights.
AND Emelia has declared herself ready for selection for Thamesians Ladies against Crowthorne this weekend. The match kicks off at 2pm on Sunday at Waldegrave School. Please come along to support as this is likely to be their last game of fifteens this season.

Her team mates were meanwhile coached this week by Charlie Hayter, the England Sevens Head Coach. Charlie freely gave his time in support of the girls forthcoming participation in an international sevens tournament in Zambia.

The men’s first fifteen have a week off but 24 hours before the ladies play the seconds play an important game at the same venue against ??. The seconds can still reach the promotion play offs and always appreciate voices on the touchline

Finally thank you to everyone who attended Monday’s EGM to consider the motion in respect of Udney Park. The motion received overwhelming support and the evening reflected extraordinarily well on the club with considered questions and thoughtful debate. It is far too soon to know whether this move can become a reality but the club has put its head above the parapet to indicate a desire to move to Udney Park if the right conditions prevail. The membership will continue to be consulted at all stages of this process.