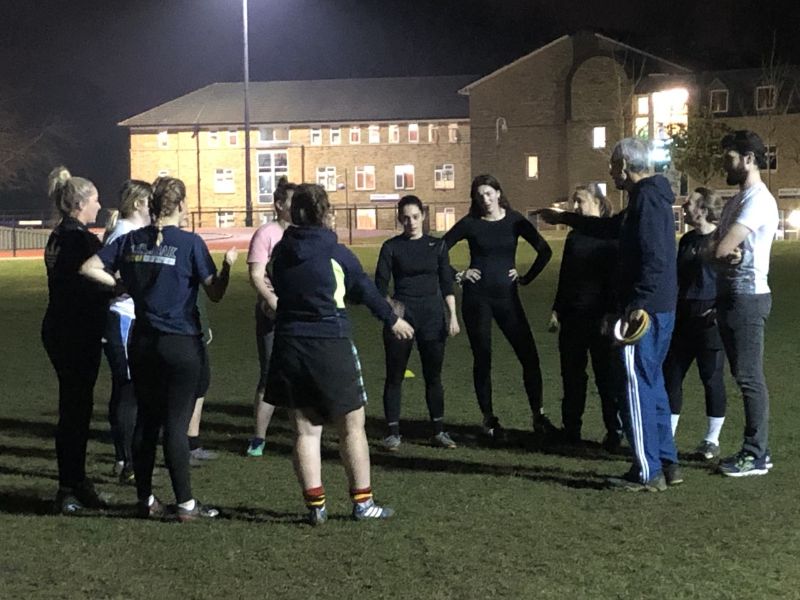 And while all good things must come to an end, one door closing often leads to another opening. Following the recent announcement of the retirement of Billy Edmonds as Thamesians Head Coach at the end of this season it has been decided to split the coaching responsibilities next season between the Mens and the Ladies sections. Nigel will be supported in his role by Budha and Kieran so the Ladies certainly have a great coaching team in place for next year.

The club have now been able to persuade Nigel Botherway to take on this responsibility for the Ladies team. Nigel is a former pupil of Thames Valley School and has previously held the position of rugby correspondent for the Sunday Times. He was also the 1st team captain between 1986 and 1988 when the club had one of the best squads in its history (feel free to debate this!), and was the Club Captain between 1987 and 1989. In previous seasons he has returned intermittently as the Mens coach to great effect.

His help was very much appreciated in the early to mid-2000’s when the club was re-establishing its playing strengths after a period in the doldrums. I am sure Nigel will now be a massive asset in continuing on Billy’s good work and establishing the ladies as a competitive league team next season. You never know some of the ladies may even become avid listeners to ‘The Fisherman’s Blues’ on TalkSport!