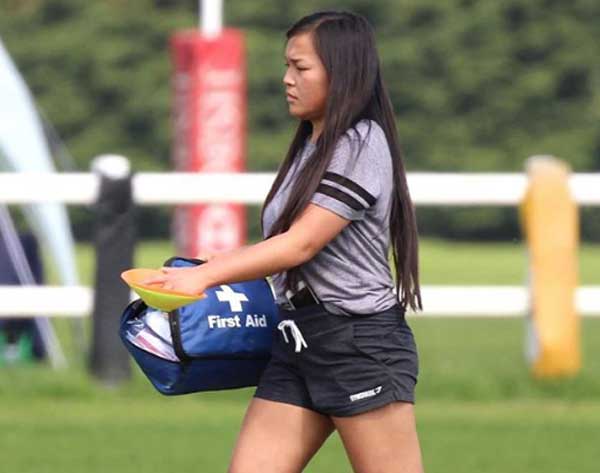 Whilst the 1st team were playing the Bank of England - on the adjacent pitch Hersham Vets were being playing soccer. In their team was Steve Livey. Steve had a heart attack and owes his life to the quick reactions and medical skills of our very own Eloise Newton who resuscitated him and kept his heart going until an ambulance arrived.

Typically Eloise played this down but it’s difficult to imagine a more heroic act.

For those who don’t know - Eloise is the first team scrum half for the unbeaten ladies side and partner of first team captain Dean Oliver. Whatever she does on the pitch this season however will not come near to surpassing what she did yesterday for Steve. Make sure she does not have to buy a drink between now and New Year if you see her in the pavilion.

By way of coincidence Hersham Vets team included Dan Hough the TCC secretary who has sent on Steve and Hersham’s massive gratitude. Steve is already recovering well. Great to have a story with such a good end for Christmas.