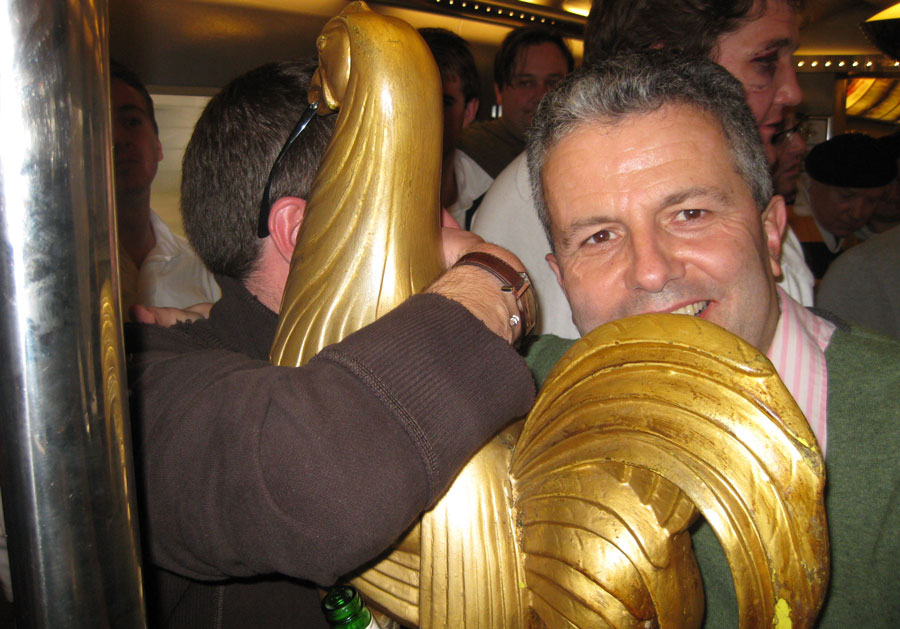 In two weeks’ time our ladies team return to Paris to attempt to win back the Cockerel – in an annual fixture that first took place in 1993. They take with them a large group of travelling Thamesians suporters.

The relationship between the two clubs actually kicked off a year earlier in Spring 1992 when three Thamesians members – John Sheehan, Buzz and Brent – were in Paris for the France v England Five Nations game. They struck up a conversation with a group of players from the sports club of the French aircraft company, Dassault. The singing and hospitality in the pub ended up with our boys inviting the French chaps over to Twickenham for the next Anglo-French match at Twickenham. We had no clubhouse at the time but miraculously we did manage to host Dassault at the DERA residents association club on the corner of the Meadway and the 316, enjoying many bottles of wine which the French team had managed to bring through customs.

Thus began the annual fixture between the two clubs. Apart from a couple of small breaks this fixture has been a recurring feature of the Thamesians calendar ever since. Last year the ladies team took over the mantle and hosted the French Ladies, and when they travel over to Paris it will be to celebrate a friendship that has lasted 29 years. 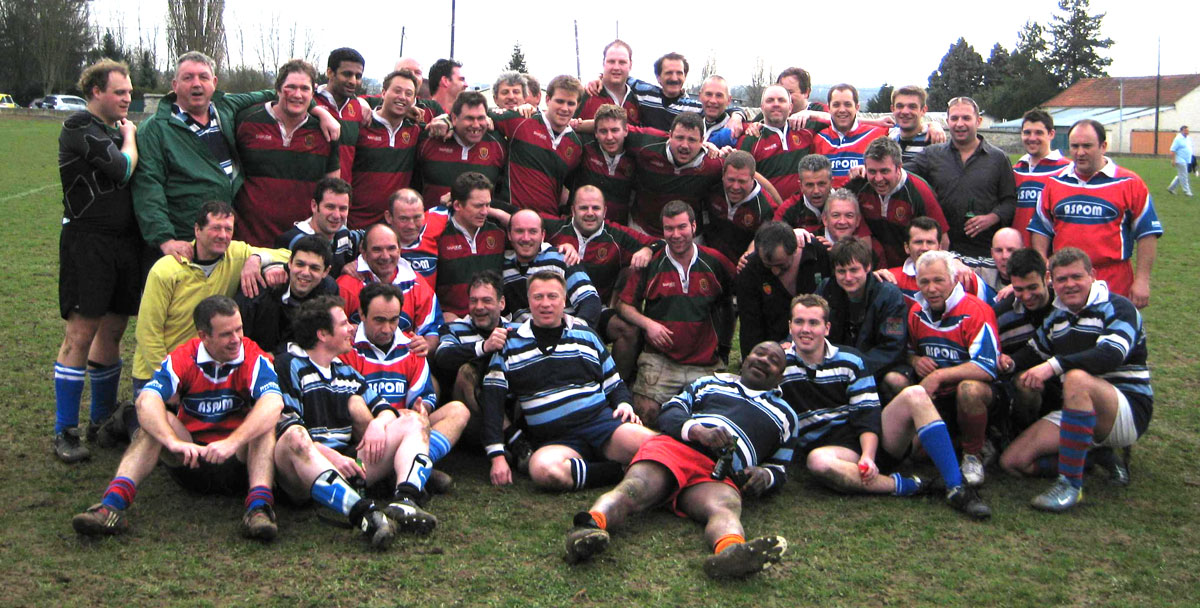 Pic.3 - The last time Thamesians won the Cockerel in 2010 (as an aside Choc is a recurring feature in old photos always wearing flip flops and clutching a beer!). Nigel Botherway, our current Ladies Head Coach, is in the back row, and current chairman JD is in the front row, along with current still active players Slash & Lance in the centre.

Pic.4 - 2015 The two teams before hitting the Pubs of Twickenham

Pic.5 - the two ladies teams below the posts at Twickenham last season