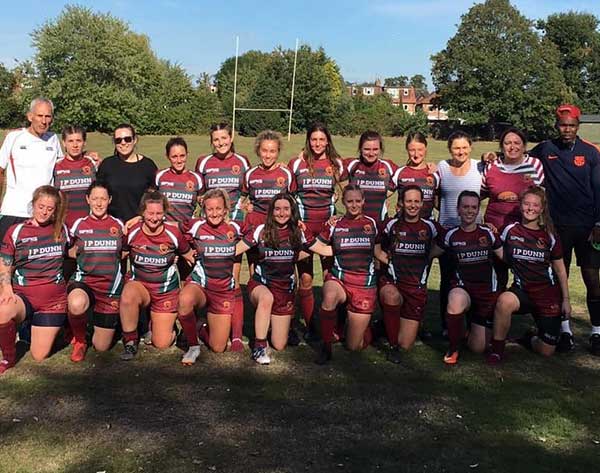 Season kicks off in style with two wins!

The mens 2nd XV played Hanwell - and after a first half where they forgot the pre season of coaching - they won 26-15.

For the record the try scorers were 2 from Harvey, one by ‘Pretty Boy’ Leon, and a magnificent effort by Slash that started twelve inches from the line.

Then playing back at Waldegrave on Sunday the girls won by no less than 96-0 against Hampstead in front of impressive home support. New captain Emelia got four of the tries and a complete record of the T’s scorers was:

Which basically means that Emelia and Emily Powell beat various players career records for try’s scored in a single afternoon.