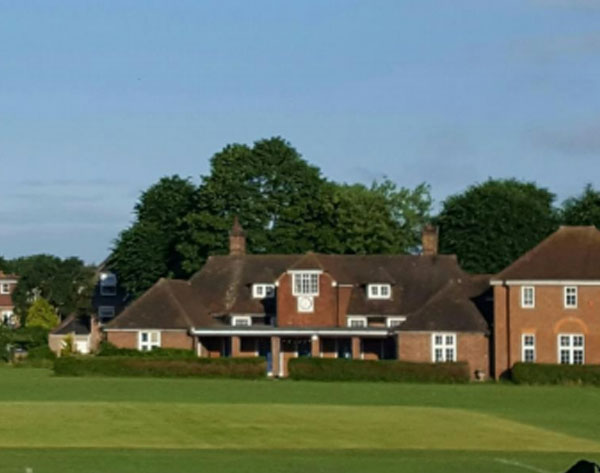 Possible progress on finding a home at Udney Park

For season 2021/22 Thamesians have secured a new playing pitch on the main campus at St Mary’s University. Meanwhile training continues at St Mary’s for the girls and Whitton Fields for the boys, whilst our clubhouse stays at the pavilion on Twickenham Green.

In terms of securing a more solid long-term future, the club continues to explore the possibility of moving to Udney Park, thereby bringing together the facilities, the training and playing at a single venue.

Last February Thamesians RFC held a well-attended EGM which overwhelmingly supported the principle of the club moving to Udney Park. Details of the proposal can be found at: Potential Move To Udney

Now for the first time the owners of the fields have indicated an intention to sell the site and Thamesians Chairman, Jonathan Dunn (JD), is heading up a community efforts to acquire the fields. Here he answers various questions surrounding the bid and explains what this might mean for Thamesians.

Anyone interested in supporting or helping JD as he brings this bid together can contact him via chairman@thamesians.co.uk or call him on 07974 642776

Why did you oppose the proposals put forward by Quantum for this site?

Quite simply – for the long-term benefit of our community. I am not opposed to constructing new buildings for private profit per se. I own a construction business employing three hundred people. We carry out a lot of work in the public sector working on hospital and school projects, and regeneration schemes, but we also work for private developers. Notwithstanding this, in this instance I felt that building on the playing fields at Udney Park was not in the long-term interest of the community. Playing field space is being continually eroded (both within our borough and nationally) with schools and colleges being forced to build on their own fields to accommodate new buildings. Local sports clubs are being continually squeezed out with reducing areas to play sport. This has a radical impact on our physical and mental health, which I believe needs to be urgently prioritised as we emerge and recover from a global pandemic.

The development proposed put forward by Quantum would have seen much of the playing field space disappear - about 50% of the site was to be built upon with the building of new flats and a new doctor’s surgery. We are now beyond the arguments surrounding the benefits and downsides of what was being proposed as a year ago there was a robust appeal decision, and the site was awarded LGS designation. The concentration now is on creating a sustainable community solution that sees sports played at Udney Park in perpetuity.

Alongside the future benefits this project offers our community, the history and legacy of these fields cannot be ignored. Udney Park has been used for sporting activities since 1922 when it was opened by Viscount Cave as the War Memorial Playing Fields. The aim is to achieve a return to the full use of the playing fields at Udney Park to mark the centenary of this event. Over the years multiple sportsmen and women have used these pitches. Sir Roger Bannister mentions Udney Park fondly in his memoirs and JPR Williams graced the rugby field.

What is the current state of the site?

There has been little or no investment in the facilities since the site was purchased by Quantum in 2015. The pavilion needs an overhaul to provide modern changing rooms and a vibrant community hub. The fields require a lot of care and attention.

That said the owners have recently repaired the boundary fence. They have also leased out about one third of the site to Teddington Rugby Club to use as a training facility.

Covid has prevented the playing of much sport or any use of changing rooms, so since the appeal decision last March the wider use of the fields has been less of an issue. Now as we emerge from the pandemic and can play sport again the need to see the playing fields returned to community use comes into a sharper focus.

Will the owners sell?

The owners have given a clear indication of their intention to sell. At present there is a six-month moratorium in place that runs until mid-August 2020. During this period Quantum can only sell to a community group so I would like to submit a community bid that will be acceptable to them. I am in the process of setting up a charity called Udney Park Community Fields Trust as a vehicle for this purchase. This is currently awaiting Charity Commission approval. Clearly it will be the prerogative of Quantum to say reject any offer, and either retain the site or sell to someone else. That said there seems to be no scope for a residential development given the planning constraints. I would imagine that the only other private interest might come from a professional sports club. In that situation the community bid would struggle to compete, but clearly a professional club would struggle to meet the community objectives.

Do you have any support for your ideas?

Yes – importantly, I sought the backing of Teddington RFC, who formed part of the CIC supporting Quantum before the appeal, and the Friends of Udney Park who vigorously opposed Quantum. My plan has the support of both. Two key stakeholders are Thamesians RFC and Hearts of Teddlothian Football Club. Both seek new homes. There are a myriad of other clubs queuing up to use the fields once open.

Beyond these sporting interests I am welcoming maximum engagement with local councillors and residents to ensure that there is as wide as possible consultation around my plans.

With this transparent approach, the potential of what this scheme promises will speak for itself. There is a need for everyone to get behind the plans to ensure our community reaps the long-term benefits.

Does public access to Udney Park form part of the proposal?

Udney Park has never been open park land. That said during the various lockdowns the local community have been benefiting from its use as an open space. I am hoping to retain public access via a children’s’ play area and a 900m jogging track to the perimeter of the fields. The fields themselves would not be an open space and would be operated as formal playing pitches for local amateur clubs and schools rather than for ad hoc use. The pitches will be open for public booking, and I would hope that residents would participate and/or support the plethora of local clubs using the fields.

Equally the aim is that pavilion will be a vibrant community hub with loads of space for the use of community groups and charities.

As many people as possible will be encouraged to arrive by public transport or cycle. I know that this is the normal for members of Thamesians RFC. Where people arrive by car there should be ample space incorporating the existing car park and if needs be extending into the space between this and the existing pavilion building.

Floodlights are usually a bone of contention?

I totally understand the concern surrounding floodlights – but there is a solution.

I counted about ten temporary floodlight units the other day plus a couple of permanent lights mounted on poles. These floodlights are environmentally unfriendly in terms of noise and light spillage.

The modern generation of floodlights create virtually zero noise and spillage of light. I am taking advice from Sports England to ensure that this is achieved.

Can the site accommodate all the demands for use?

Good point. Grass fields can only accommodate a certain number of hours of use per week irrespective of how well the fields are maintained – but we are developing a highly favourable proposal.

The 4G pitch proposed as part of the Quantum scheme is not something being considered. This had a boundary fence to prevent cross contamination with grassed areas and padding to the fence due to the limited runoff to the sides of the pitch.

Instead, one of the main playing pitches is proposed to be a hybrid pitch which will not require any fencing and will appear as if it were a 100% grass pitch. This will allow around 30 hours use per week – a multiple of that for a grass pitch. This is an idea in early days of development and the hybrid pitch will not be there on day one! Sports England are providing specialist advice on this and the appropriate floodlighting proposal.

The rugby and football pitches have been specifically sited to be outside of the cricket square to allow the emphasis to switch as the football and rugby seasons come to an end.

How will this all be paid for?

I am personally guaranteeing the monies for the acquisition of the site (at least up to the level of the current offer). Hopefully, my contribution will be diluted, and the sports clubs and other individuals will come forward with donations. The key is that the operating company that runs the site will not have an obligation to pay back the monies paid for the acquisition. Any operating surplus will be reinvested into the facility.

Who will own the fields and how will they be operated?

The company owning the fields will be the Udney Park Community Fields Trust. This Trust will guarantee the fields for perpetuity as sports fields but will not operate the fields. Below the Trust will sit an operating company. The appointees of the operating company will be chosen based upon the skillset of the individuals and with the aim of diverse representation. This group will be highly energetic and motivated volunteers aiming to ensure that the fields and the pavilion are professionally run. Inclusivity will be a core principle.

How will this benefit your own club – Thamesians RFC?

Thamesians has been a nomadic club since it was formed in 1962 by the old boys of Thames Valley Grammar School (now Waldegrave School). In recent years we have been spread over multiple venues – training is split between St Marys University, Hampton School and Whitton Fields, whilst we have been playing games at Marble Hill and Waldegrave School. Next season we have been forced to move our playing pitch again – this time to St Mary’s University. We have been very fortunate to have been able to share the pavilion on Twickenham Green with our friends from Twickenham Cricket Club, and have worked with them to improve this facility, however with the growth of the club this venue poses all sorts of challenges due to space restrictions – made more acute by the addition of a successful ladies’ section in the last couple of years. Udney Park will allow us to bring playing, training, and facilities to a single venue. This will allow us to develop our mini and junior sections which the current separation of pitches from facilities precludes.

What is your long-term vision for the site?

This is about our vision: a project driven by (and for) the community. The site goes well beyond the interests of a single club. I see this as an opportunity to create an inclusive environment that champions mental and physical wellness. Udney Park is intended to be for multiple sports – rugby, football, cricket, tennis, netball, a mini park run. Sports England are bringing together all the national sporting bodies to ensure that this is properly planned.